Is your company or organization looking for a professional Japanese translator? Then give us a call. Our translation agency is the fastest way to achieve success. Are you wondering how that is possible? Good translators are hard to come by. Our translators stand out from others thanks to their additional qualifications. They are experts in their field. Therefore, you can be sure they will deliver a perfect (Japanese - English and English - Japanese) translation of your text. If you need a top-quality (Japanese) translation, we are always on top of the latest developments. Any questions? Don’t hesitate to contact us.

Our translators know Japanese business etiquette. This is how you exchange business cards.

General Information about the Japanese Language

There are about 127 million people in Japan and around the globe who speak Japanese. Japanese is a so-called agglutinative language with a complex system of politeness forms, which reveals the relative, hierarchical relationship within Japanese society between the speakers in a conversation.

When Japan occupied Korea, Taiwan, parts of China and different islands in the Pacific Ocean during World War II, the inhabitants of those areas were all forced to learn Japanese. As a result, many of the inhabitants of those areas still speak Japanese to this day in addition to or instead of the language of their region. Many Japanese emigrants all over the world still speak Japanese as their first language. The largest concentration of Japanese emigrants is found in Brazil, followed by Australia and the United States, where they are largely concentrated in California and Hawaii. However, the second generation of emigrants seldom speak fluent Japanese. 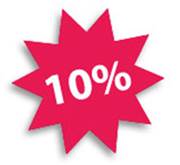 You will receive a quote, which will include a 10% welcome discount for your Japanese translation.

Japanese did not have its own writing system back in the fifth century. Once the Japanese came into contact with the Chinese culture through Korean monks and scholars, they took on the Chinese writing along with other aspects of Chinese culture. Over time, this led to a Japanese writing system. Chinese characters were used for words of Chinese origin or Japanese words with the same meaning. Word endings and expressions with a grammatical purpose were also written in this kanji script until the development of the syllable-based writing systems Hiragana and Katakana. These days, word endings and grammatical parts of sentences are written in Hiragana. Japanese students learn Kanji during their first year of school. During their years of schooling they are taught a curriculum of the most important characters as determined since 1945 by the Japanese ministry of education.

Translations from and into Japanese

There are currently around 127 million Japanese speakers in the world, and the vast majority of them live in Japan. Due to immigration, there are also substantial communities of Japanese speakers in Hawaii and Brazil. Japanese is not related to Chinese, but thousands of Chinese characters have been incorporated into its writing system. Most of the language's loanwords were Chinese until the late 19th century when Japan became less isolated from the West. Today, around 80 percent of Japanese loanwords are of English origin.

We can translate Japanese from and into English, French, German, and every other major language. We work with a vast network of freelance translators, and our projects are handled exclusively by native speakers. Their intimate understanding of Japanese culture allows them to maintain Japanese customs and norms when translating texts. Our translators are also required to have a perfect grasp of English, and finished projects are guaranteed to be free of inaccuracies and awkward wording. If your translation project involves a certain subject area, we will make sure that it is assigned to a qualified specialist. We can produce flawless legal documents, marketing materials, business correspondences, and virtually any other specialized texts.

Over the last 13 years, we have developed a reputation for our efficient and reliable service. Our translators work nights and weekends and produce more than 200,000 words a day. Even the largest projects will be completed within an impressively short time frame. Your deadlines are our top priority, and you never have to worry about inconvenient delays. Each project is assigned a project manager, and you can contact your manager at any time for questions or specifications.

If you would like a free quote for a Japanese translation project, send us your text by fax, email, or the quote request form on our website. We will use the word count, level of specialty, and deadline of the project to send you an accurate quote in an hour or less. If you agree to the price, we will send you an invoice that includes the details of the project. Your translated text will be delivered to you by the specified deadline or sooner. We have offices in New York and Japan, and your project will be handled by experts throughout the translation process.